At sunset, on a certain eve, the toxic enchantment of the elusive and(lord, I wish) mythical Souls' Cap mushroom releases its poisonous magic. It resembles smoke or thick clouds of dust, wandering lightly on the calm forest air.
What it is, scientifically . . . .or what it is, for sure, many a curious mind has wondered. It is on this particular phenomenon that minds will have no option but to wonder. You see, its magic is also its brilliant defense; a feature desirable to some and unbelievable to most.
That presumed powder the mushroom of lore discharges into the cool, dark forest air has the effect of causing a pleasant, irresistible state of utter drowsiness.

In short, it will put you to sleep.

It has been known as "the soul-sleep" & "the sleep of flight."

Experienced by the unbelieved, rare few who have found themselves turned around, they've learned the hard way that the way out is a secret the forest gleefully keeps. This sleep transports its baffled passengers to another world. Or at least that's what people say it is. Hardly a soul has ever returned from its fabled flight. Its thought to be an afterlife of sorts, yet there still resides a glimmer of life within the unwakeable sleepers, discovered among the dry leaves of the forest floor: a glow in their cheeks. Lift an eyelid, and you may catch a glimpse of the mists swirling in the glassy peepers of the dearly departed. Yes, departed. It is bittersweet consolation, to notice the peace on their faces - these lost souls in the mushrooms' mist.

You're just as gone as those in the ground. 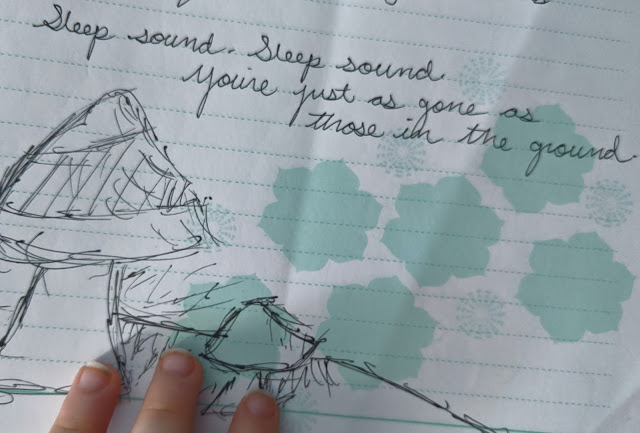