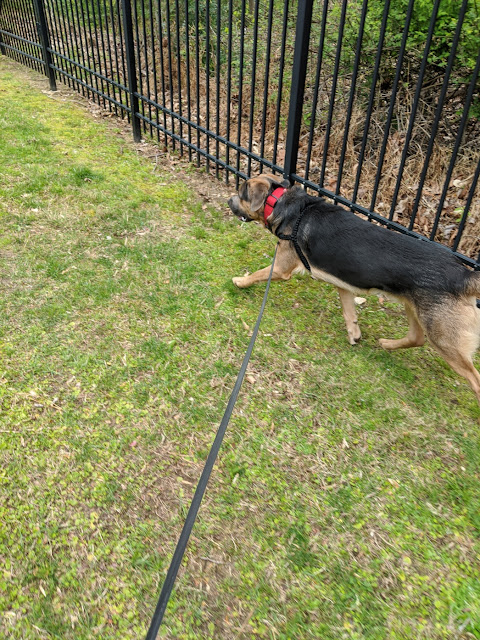 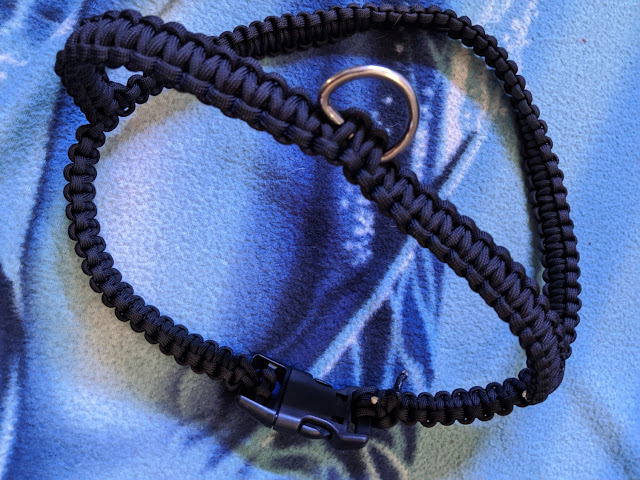 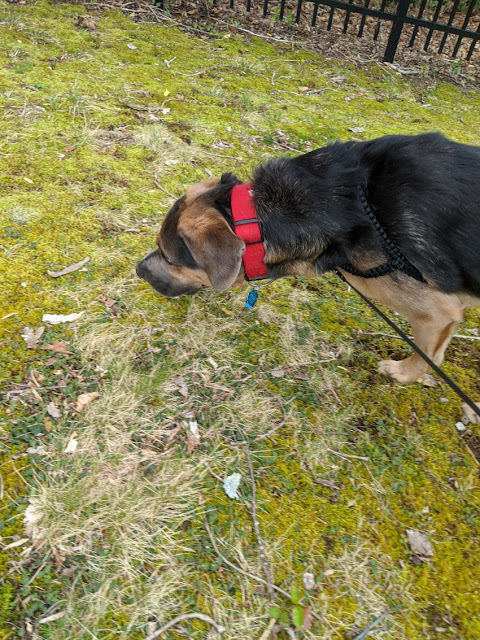 Voila!! I'm apparently somewhat of a natural with this paracord weaving. Must be all those lanyards and friendship bracelets I made as a kid! 😄
I think I'll make a "survival bracelet" tonight, after the little one goes to sleep.
This is a front lead harness, because he is a puller and is much, much stronger than his size suggests. I know someone with a pit bull - one that's bigger than my boy Blue, that has more trouble holding onto him, in his previous harnesses.
I used this video tutorial, however, I made a couple modifications on the chest portion, which is the second half of the project:
1.) I did NOT extend it to exactly halfway across the circle of the girth portion. This made the distribution and fit for my dog awkward and ill-fitting. Maybe it's fine for other dogs. I don't know. I marked halfway across, like it instructs, but then wove it into the second side about 2-3inches above that point, toward the buckles and what will be the back of the dog. He did not need that much slack around his neck but DID need more around his chest. This fixed that problem.
2.) Instead of using a binder clip to hold it in place, when completing the step mentioned above, I put  small single knot in that place (on on each of the 2 threads), so I could bring it directly to my dog and try the fit on him, before proceeding. Then I was able to move the knots, as needed, so I was sure it fit him better, on the whole. As long as the knot is on the outside, so it's not chafing my doggy, it's fine. And, esp. with all black paracord, you can't really see the knots unless you get up close and look for them.
- April 09, 2022
Email ThisBlogThis!Share to TwitterShare to FacebookShare to Pinterest
Labels: by D., dear diary